Serves as the lead authority in promoting U.S. international trade policy at bilateral and multilateral levels.

She currently served as chief trade counsel for the House Ways and Means Committee, where she played a critical role in negotiations over USMCA. Tai previously worked in the Office of the U.S. Trade Representative, serving as Chief Counsel on China Enforcement.

On Trade and Global Engagement: During an introductory event alongside President-elect Joe Biden, Tai emphasized that “Trade is like any other tool in our domestic or foreign policy. It is not an end in itself. It is a means to create more hope and opportunity for people, and it only succeeds when the humanity and dignity of every American and of all people lie at the heart of our approach. I am proud to join with leaders who instill their policy with purpose and who never lose sight of the humanity and dignity, the opportunity and hope that make trade a force for good in our nation and the world.”

On U.S. Global Leadership:  At a think tank event this year, Tai commented on U.S. competition with China noting that, “A good and progressive trade policy has to have both offensive and defensive elements…I think the offense has got to be about what we are going to do to make ourselves – and our workers, and our industries, and our allies – faster, nimbler, be able to jump higher, be able to compete stronger, and ultimately be able to defend this open, democratic way of life that we have. It is about more than just economic values, it is also about our political and our broader values.” 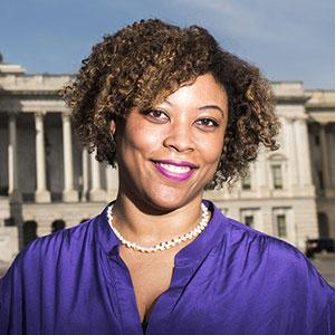