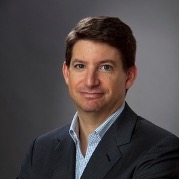 Mr. Nathan has been serving in the Executive Office of the President as the Senior Advisor for Nominations in the Biden Administration. He has previously served in the Executive Office of the President at the Office of Management and Budget from 2015 to 2017, as well as Special Representative for Commercial and Business Affairs at the U.S. Department of State from 2014 to 2015. Before entering public service, Scott spent nearly two decades working in the investment business.

On Public-Private Partnerships: “Collaboration – both financial and intellectual – between government, business, and academia has been important to the U.S. economy, especially since World War II. This collaboration has brought us the internet, space flight, modern wind turbines, the microchip, countless vaccines, and nuclear medicine among others. Innovation creates a multiplier effect, spurring the kind of entrepreneurship – both small and large scale – that creates jobs, and provides products and services to enhance the lives of this and future generations.” (source)

On Investing in Women: “Investing in women is a high yield investment. Societies that empower women and girls are more likely to become peaceful, prosperous, and stable. No wonder the World Bank calls gender equality “smart economics”. Not only does research back this up, it is also basic common sense and just the right thing to do. As women join the economy, they invest their increased incomes in health care, food, and education for themselves and their families, multiplying the effect of their economic participation.” (source)

On Environmental Protection: “Cuts at the EPA are likely to gut the EPA enforcement program. This is a boon for polluters. Less money means fewer inspectors, fewer enforcements, and continuing harm to human health and the environment. The right to dirty our air and water shouldn’t be payback for polluters’ financial support of politicians.” (source)