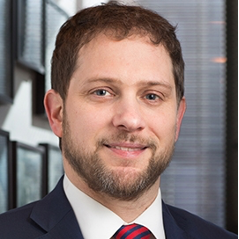 Serves as principal deputy to the National Security Advisor.

Jon Finer is the Deputy National Security Advisor for the Biden Administration. Finer was Chief of Staff and Director of Policy Planning for former Secretary John Kerry at the U.S. Department of State.

Background on his statements on development and diplomacy

On America’s role in the world: In a March 2020 interview with Global Brief, Finer said, “In some ways, the traditional divide between American foreign and domestic policy decision-making is starting to break down….There are issues like immigration, terrorism and trade that have domestic components and foreign policy components. Treating them as one or the other does a disservice to the attainment of the best answers that the system can produce. As such, one thing that is happening in the modern era of American politics is that politics is being infused into foreign policy to a greater extent. (source)

On America’s civilian toolkit: In a 2018 Foreign Affairs article, Finer writes, “Sometimes what’s needed is a far broader approach that would entail, where possible, engaging such groups in dialogue and addressing factors such as a lack of education or employment opportunities, ethnic or religious discrimination, the absence of state services, and local government repression. These problems are hard to assess and require political, as opposed to military, solutions—diplomacy rather than warfare. (source)

On climate change: Finer joins 18 other prominent authors in rebuking the decision to pull out of the Paris Climate Agreement, writing “climate change is real and will become far more dire in the coming years. The need for action to address it will remain urgent. The rest of the world won’t be standing still and neither should we if we want to advance American security and prosperity.”