The USGLC proudly launched the Next Gen Global Leaders Network in 2020 and welcomed nearly 100 young professionals to the 2021 inaugural class.

Are you ready to join our Next Gen Global Leaders Network?

While some of our fellow citizens are uncertain about America’s role in the world, we are heartened to see a rising generation of young adults raising their voices – energized by a range of international issues from climate change to global health to hunger to the empowerment of women and girls.

Despite – and perhaps as a direct result of – this generation’s formative years shaped by never-ending wars and global anxiety, young Americans want to participate in impacting their future, and that includes America’s role in the world.

The USGLC is working to capture this energy by engaging, educating, and inspiring the next generation of leaders around America’s global development and diplomacy, critical tools in the foreign policy toolkit.

The USGLC builds upon its existing networks across the country to recruit a diverse, bipartisan group of up-and-comers for an exciting year-long leadership training, cultivation and engagement program. Each year, the USGLC’s network of next generation leaders multiplies with a new class, deepening the bench of prominent young voices across the country who support strategic investments in America’s development and diplomacy programs.

Participants interact directly with policymakers and opinion leaders, launching their advocacy education with a seat on a USGLC State Advisory Committee at the culmination of the program. 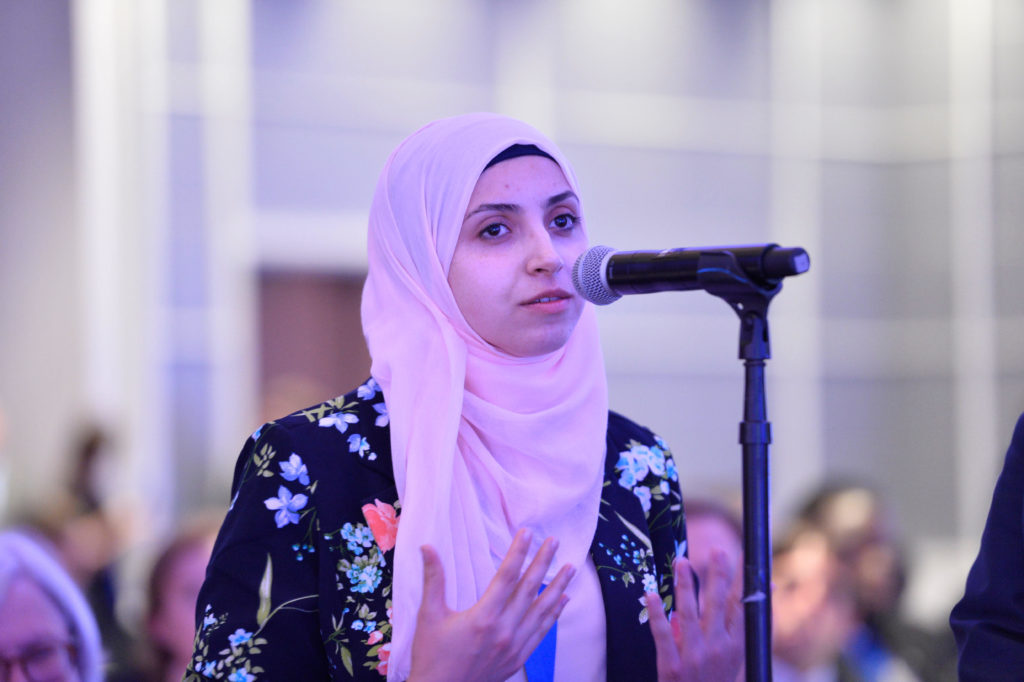 Opportunities to hold speaking roles during the USGLC’s events, participate in advocacy meetings on Capitol Hill and locally, write Op-Eds for local papers, and leverage their social media platforms. Named to their State Advisory Committee upon completion of the full program. Next Gen Global Leaders will join state leaders from the USGLC’s bipartisan coalition—veterans, faith, and business leaders from across the country—to educate policymakers on the importance of development and diplomacy as key tools of America’s global leadership toolkit and have opportunities to share their unique insights as young leaders with members of Congress during the two-day experience.

The USGLC seeks a cadre of diverse, inspiring, and well-connected young professionals for the 2022 Next Gen Global Leaders Network class who meet the following criteria:

For further information about the USGLC’s Next Gen Global Leaders Network, please contact the team at [email protected].