United States Secretary of State Antony Blinken shared he is “proud of the extraordinary response that we’re seeing from the private sector” at the Secretary’s first-ever roundtable discussion with private sector leaders on humanitarian assistance in Ukraine hosted by the U.S. Global Leadership Coalition. The Secretary underscored, “If we’re not engaged, if the United States is not there, then usually there’s a vacuum that’s going to wind up being filled by bad things before it’s filled by good things.”

USGLC brought together senior executive leaders from Airbnb, Cargill, Citi, Loews Corporation, Mastercard, PepsiCo, and Tent Foundation in New York City on Thursday, May 19 for an important conversation with Secretary Blinken on the role the private sector has played in providing humanitarian relief to the conflict in Ukraine, the next phase of reconstruction efforts, and other development initiatives to address global challenges. These leaders represent hundreds of businesses – large and small – who make up the U.S. Global Leadership Coalition.

This discussion came on the heels of efforts by USGLC to convene USGLC Coalition Members with the Department of State and the U.S. Agency for International Development regarding opportunities to support the relief effort in Ukraine, and amplifying the humanitarian assistance of USGLC’s private sector members featured on the USGLC website.

At the meeting, USGLC President and CEO Liz Schrayer applauded the Administration and bipartisan leaders in Congress on their work to meet the moment of need in Ukraine through American global leadership. “Over the course of the invasion, it has been a shining moment for the strength of American leadership in the world and American diplomacy, bringing together our allies and NATO to stand up to Putin with unprecedented resolve and action – and moving at breakneck speed to deliver American security, humanitarian, and economic assistance to the assistance to the Ukrainian people,” said Schrayer. Schrayer noted America cannot do it alone; rather “it takes our partners and allies, and it takes America’s businesses and NGOs.”  Secretary Blinken agreed, thanking Schrayer and USGLC for their leadership: “You have been promoting, advancing the proposition that U.S. leadership, U.S. engagement, matters. It makes a difference.”

While investments in the response to Ukraine was top of conversation, all leaders emphasized that the competing global crises right now should not be funded at the expense of the longer-term global development agenda. The Secretary emphasized the United States’ comparative advantage in addressing the compounding global demands such as food insecurity, climate mitigation and conflict is our private sector.

The United States is most successful in our response to global development crises when the private sector can be mobilized quickly to act alongside the U.S. government. In just the few months since the Ukraine conflict began, private sector commitments have mobilized hundreds of millions of dollars to the Ukraine response. The companies in the room represent nearly $100 million of total contributions since the war began.

“This kind of interaction between the State Department and the private sector is much needed.” – Robert Azevedo, EVP of Pepsi Below are highlights of how represented companies are stepping up and making a difference with humanitarian aid and critical support for Ukraine:

With the support of non-profit organizations, Hosts on Airbnb and donors around the world, Airbnb and Airbnb.org have helped connect approximately 70,000 refugees and asylees to temporary housing over the past five years—including 24,000 Afghan refugees and 25,000 people fleeing the conflict in Ukraine. Airbnb waives all host and guest fees on all Airbnb.org stays for refugees. Airbnb.org is an independent non-profit that provides free, temporary places to evacuees, relief workers, refugees, asylum seekers, and frontline workers fighting the spread of COVID-19. Cargill has committed to contributing profits from their essential activities in Ukraine to humanitarian aid and set a minimum donation amount of $40 million directed to the following partners as well as local relief organizations supported by the employee-led Cargill Cares Councils in Ukraine. Organizations include World Food Programme, World Central Kitchen, Red Cross, Save the Children, European Food Banks Federation, and CARE. Citi has consistently operated every day in Ukraine since the conflict began to support the National Bank of Ukraine’s efforts to keep markets open against the backdrop of increasing aggression from Vladimir Putin. The bank donated $1 million from their foundation to relief organizations and is matching employee contributions with a goal of an additional $500,000 in donations.

Andrew Tisch, Co-Chairman of the Board and Chairman of the Executive Committee of Loews Corporation said, American business response to Ukrainian invasion is but a small part of what our overall reaction should be. I think back to when my great grandfather Schlomo Tichinsky came here from Dniepro-Petrosk in March of 1904 because he sensed peril in his home of Ukraine. To me and my family, this is personal and necessitates a wide and vast response because it strikes at the foundations of democratic institutions around the world.

Mastercard donated $2 million to relief organizations in Ukraine and deployed an additional $3 million to further support relief operations as well as invest in small Ukrainian businesses through their impact fund. Mastercard is using its payment platforms in partnership with merchants to launch point of sale round up campaigns and donate their spare change to charities. Mastercard has an ambitious goal to bring 1 billion people access to the digital economy and uses its platform to not only contribute donations but leverage their data for broader aid delivery from tracking the adherence, efficiency and record systems for vaccines in the global COVID response alongside GAVI to helping to improve the food systems delivery process in partnership with the World Food Programme.

PepsiCo’s executives in attendance recently returned from the Polish, Ukrainian border where they spent time with their company colleagues whose lives have been devastated by the crisis. To date the company has contributed nearly $15M in response to the invasion. In addition to their commitments in the region, PepsiCo is focused on continuing to deliver on their global sustainability goals.

The Tent Partnership for Refugees founded by Hamdi Ulukaya, founder and CEO of Chobani, has mobilized 220 major businesses to support the lives of refugees and those fleeing conflict with promises of job training, employment, and other services such as housing. Tent is currently working on a number of initiatives in partnership with companies to help refugees from Ukraine find work in their new host communities in Europe and North America.

Ambassador Michael Froman, Vice Chairman, Mastercard, aptly stated, “In these uncertain times, the only thing that is certain is that there will be more humanitarian crises — natural disasters, climate change, refugees, and wars. We must work together across the public, private and non-profit sectors to put into place a humanitarian response infrastructure that takes the lessons from the challenges we face today and enables a rapid and collective response to the next crisis that arises.”

As Liz Schrayer closed the event for USGLC, it was clear that this will be the first of many open dialogues between the Biden Administration’s State Department and the U.S. private sector. 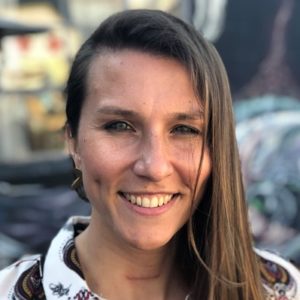