Tracking the Congressional Response to Afghanistan

As the rapidly deteriorating situation in Afghanistan continues, USGLC has called for swift action to secure the safety of the thousands of Afghans and their families who have supported our nation’s military and civilian agencies. As General Anthony Zinni (Ret.) and Admiral James Stavridis (Ret.), Co-Chairs of USGLC’s National Security Advisory Council, said, “In this difficult situation, the United States must stand by and protect all Afghans who stood with the U.S. It is critical that we be prepared to protect those who served honorably alongside us – with our military and with our nation’s civilian agencies, American NGOs and contractors, and U.S.-based media organizations.”

Members of Congress are working across the aisle to urge the Administration to act now through the expansion of urgent visa programs for Afghan partners, continued local security at the Hamid Karzai International Airport in Kabul, and evacuation of Americans still on the ground. Here’s a quick summary from Capitol Hill:

We will continue to monitor and keep track of actions from both the Administration and Capitol Hill as the withdrawal from Afghanistan continues.

“USGLC members have worked tirelessly for years to create a safer and more prosperous Afghanistan, especially for women and girls,” said USGLC’s CEO and President Liz Schrayer. “That work and progress is now in jeopardy. Going forward, the U.S. and our allies must continue to stand with the Afghan people to protect the rights of women and girls and ensure access for humanitarian operations…” 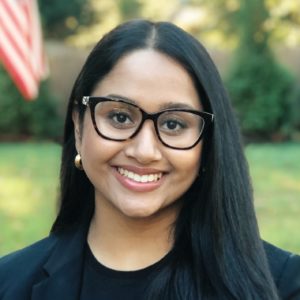