Leaders in Northeast Ohio are taking the Afghan crisis into their own hands. Ohio Advisory Committee members, Ambassador Jennifer Brush and Global Ties Akron Executive Director, Michelle Wilson, have teamed up to assist Afghan refugees with evacuation and resettlement.

From Akron to Kabul, Aiding Afghans

The Fulbright Program brought together Ambassador Brush, a 28-year retired member of the U.S. Foreign Service, and Global Ties Akron Executive Director, Michelle Wilson. Both enjoy supporting international students and work closely with Fulbright scholars while they study in Ohio, including students from Afghanistan. When the Taliban took over Afghanistan, Wilson was quickly contacted by past scholars who had since returned to Afghanistan. Alumni of the International Visitor Leadership Program (IVLP), which has strong connections to Global Ties, also reached out to Wilson directly, feeling that their lives were in danger.

Wilson immediately sprang into action to see what could be done to help evacuate these Afghan Fulbright students from Afghanistan. She reached out to Ambassador Brush for perspective and guidance on the evacuation process based on Brush’s decades of experience in the Department of State.
Amb. Brush did her best to escalate information through the correct chains of command in Department of State.

The situation in Afghanistan was and continues to be dire. The students in contact had families in the current administration of the Afghan government, making their cases complicated and dangerous for fear of Taliban retaliation. Amb. Brush and Wilson needed help raising contextual awareness of the Fulbright scholars’ circumstances to ensure rapid evacuation.

Resettlement to a new country happens in stages and the road to creating a new home can be a long journey. One of the Afghan students Amb. Brush and Wilson helped was able to reach Albania from Afghanistan and now Wilson and Global Ties Akron are working hard to help them resettle in Akron, Ohio. Resettlement becomes more complicated for some refugees who were evacuated but are not a part of the U.S. visa system. Wilson helped a NATO evacuated Afghan student who landed in Germany, but thought they were in the U.S. visa system. Wilson is working with colleagues in Washington, D.C. to help this refugee get a scholarship to a school in the United States.

The work of Ambassador Jennifer Brush and Michelle Wilson is ongoing as there are still Fulbright scholars trying to evacuate their families from Afghanistan and the needs upon resettlement are vast. Amb. Brush believes Ohio has significant capacity to take in Afghan refugees, and this would make a large, positive impact on local communities in Ohio. Helping Afghan refugees settle in Ohio will be the next step of aiding those in need.

Ambassador (retired) Jennifer Brush served with the U.S. Foreign Service, the Organization for Security and Cooperation in Europe and U.N. Peacekeeping for 28 years, receiving numerous awards for courage, bravery, and defense of human rights. 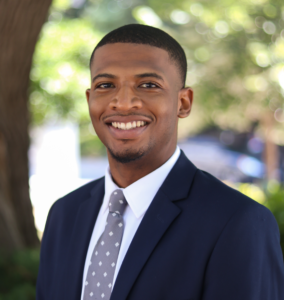