When thinking of globally-engaged communities across our country, the communities of greater Southeast Michigan may not be the first to come to mind. However, if you look a little below the surface, in Dearborn, the Wolverine State’s seventh-largest city, you will see a community quite literally defined by its connections to the rest of the world. In fact, Dearborn is the unofficial capital of Arab America and, as a true melting pot, has earned a respected reputation for inter-community relations – being home to a large population descended from immigrants from the Middle East Europe in the 19th and 20th centuries. Through both its economy and the identity of its proud residents, Dearborn has been and continues to be a center of engagement with the rest of the world.

As the city where Henry Ford built his motor empire, Dearborn’s economy has had to be outward looking in its economic perspectives to survive and indeed, to thrive. Ford decided to not only make this once sleepy suburb the world headquarters of his company, but he also constructed the iconic River Rouge Plant in the city. The Ford Motor Company and Dearborn have long had intertwined stories, and the River Rouge Plant provides a small window into that relationship. Since 1948 the factory has cranked out the Ford F-150, a vehicle which has come to be a symbol of American manufacturing and industrial strength for decades. Furthermore, as the era of electric vehicles moves forward, the plant is now set to produce the new Ford F-150 lightning electric pickup – showing that Ford has a commitment to bring its hometown into the electric future of a modern American economy. As part of this economy, Ford exported more than 280,000 U.S. assembled vehicles in 2020, sending 1 in 6 American made vehicles abroad as exports. It’s no surprise that not only were many of those cars built at River Rouge, but the centerpiece of the city’s economy is a large, global corporation that is engaged in business around the world every day. Through Ford’s legacy as not only an American but Dearborn business icon, the city has benefited greatly through global business connections and economic investment and opportunity.

Dearborn is also destined to be globally engaged. As the unofficial capital of Arab America, the city is seen as the cultural center of the Arab American community. The city is home to the most Middle Eastern Americans per capita of any city in the country and is also home to the country’s largest Muslim American population per capita. The city – like Metro Detroit as a whole – has experienced waves of immigration and is home to a vibrant community that includes immigrants and their decedents from Ireland, Germany, Poland, and Italy. This has created a unique community in which people from many cultures and places come together and live side by side – a microcosm of America. Folks in Dearborn stay connected not only to the countries and places they are descended from, but they also care about how America engages and interacts with the rest of the world. It’s clear that global engagement runs deep in this Michigan community.

In Dearborn, we see a community forged by the promise of the American Dream and defined by its community’s close ties to the rest of the world. From the business world to a community in touch with its roots, Dearborn shines bright as a beacon in a globally engaged American Heartland. 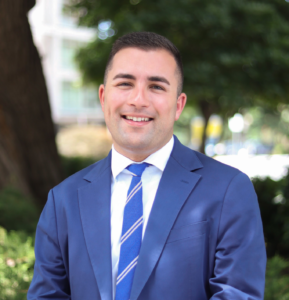