For Amazon & for Africa, Infrastructure Matters

Cities across America are licking their wounds after losing the bid to become the location of Amazon’s second headquarters. Most of these cities devoted considerable time and resources to creating infrastructure that would allow them to house HQ2 and the thousands of jobs it promised to bring along with it. And while losing the Amazon bid may seem like a missed opportunity, many of these cities are saying perhaps they’re better off. Places like Pittsburgh, Phoenix, and Miami are excited about future prospects because of how they are now equipped to handle them.

These cities may not have been prepared to handle a behemoth business like Amazon, but they began laying the groundwork to move in that direction. This step— creating infrastructure that supports business development— is vital to a city’s economic growth. Many of these cities needed to build new roads, renovate commercial building spaces, and increase city-wide amenities to help support future businesses.

Just as major metropolitan areas in the U.S. are investing in their infrastructure, on the other side of the world, cities throughout Sub-Saharan Africa are following suit—working to provide consistent access to the internet, establishing trading partners, and creating currency exchange programs. Companies and investors are coming together to find creative solutions to overcome the lack of infrastructure. One of these companies is Mall for Africa.

Mall for Africa is partnering with the U.S. Overseas Private Investment Corporation (OPIC) to build up infrastructure throughout 15 African countries by helping to lower shipping prices to the continent and bridge the gap between companies that don’t accept local currencies. Since shipping prices make it so expensive for people in many African nations to buy online, Mall for Africa has started operating warehouses in Portland, Oregon and London. These warehouses are offering a place where merchandise can be shipped inexpensively. The company then negotiates shipping prices with their global partners who pass on these savings to the customers in Africa. Additionally, they are offering a secure payment platform that allows customers to purchase merchandise in their local currency from major U.S. retailers.

By 2019, retail sales in Nigeria and Kenya are projected to be triple the sales from 2009. Africa’s middle class is rapidly growing and increasingly earning more disposable income. Businesses are starting to thrive throughout the region, but without investments in local infrastructure, economic growth will likely stall.

Collaborations like the one between the Mall of Africa and OPIC highlight the great strides that have been made to improve infrastructure and support business development opportunities across the African continent— but there is still significant work that needs to be done. While the region is not set on housing the next Amazon any time soon, its cities must look to the future and create a place where small and mid-size businesses can thrive.

With the recently signed BUILD Act and the soon to come U.S. International Development Finance Corporation, there will be even more opportunities for partnership and engagement in Africa— and around the world. With a little bit of work— and some infrastructure, too— these partnerships have the potential to create lasting growth and impact. 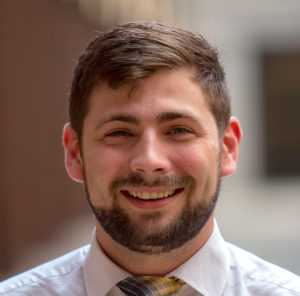